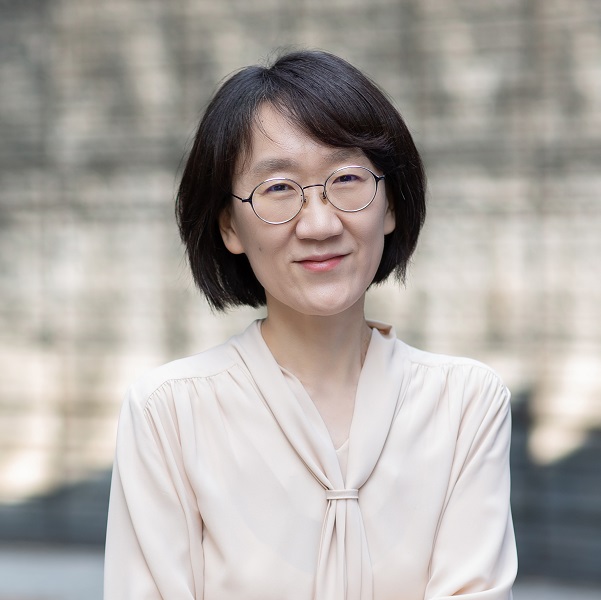 Seong Eun Kim is Director of Nam June Paik Art Center (NJPAC) in Yongin, Seoul Capital Area. She obtained her doctoral degree in Anthropology at University of Oxford with a thesis titled “Artists’ Interventions in Universal Museums as traced through the Victoria and Albert Museum, the British Museum and the Pitt Rivers Museum.” Working in the field of museology and contemporary art, her research interests lie in the bodily, sensorial dimensions of media art and the possibilities for connecting the curatorial and the commons. Kim previously worked at NJPAC (2011-2014), and later at Leeum, Samsung Museum of Art, Seoul, (2014-2019) where she organized programs in conjunction with solo shows of such artists as Olafur Eliasson and Haegue Yang.

Her curatorial works include the exhibitions Common Front, Affectively at NJPAC (2018); Transmitted Live: Nam June Paik Resounds at Talbot Rice Gallery, University of Edinburgh (2013); and the transdisciplinary public program series, Intermedia Theater: World Citizenship, Constellation of Thingsat Leeum (2015-16). Among her publications are A Critical Muscle, a Choreographic Terrain (2018); Resonant Next to Me: The Exhibition as an Affective Body (2018); Cybernetic Lyricism: Gregory Bateson, Nam June Paik, and the ‘Mind’ as Conjunctive (2017); Questioning Alterity and Modernity by the Art Museum: Tate Britain’s ‘Museology’ (2016), and ‘Cavalcade of Intellectuals’: On Temporal Conflation and Spatial Connectedness, and on Being Political (2014).

Commemorating its 10th anniversary in 2018, Nam June Paik Art Center staged an exhibition entitled #Art #Commons #Nam June Paik. Inspired by such conceptualizations of Paik’s as “video commune” and “video common market”, the exhibition was to experiment on the possibility of the museum becoming the commons. I would define the commons as a spatio-temporal ground to cultivate a willingness to think together and act together. One of the artists featured in this exhibition was Unmake Lab × Data Union Collective, whose Making Data Union imagines a new form of solidarity in the data-driven society by running a chatroom for the discussion about assembling the data of participants.The virtual world constituted by digital technology is far from disembodied or dematerialized. Now in the post-Covid19 era, when the question of how to live together emerges more critically, we need to reflect fundamentally on the inequalities structurally inherent in the accessibility of network infrastructure. As Paik said, technological developments gave rise to not only artificial intelligence but artificial metabolism that is set in motion with data. And we are witnessing the malfunctioning of this metabolism due to the virulence of virus. Tactics, the latest exhibition of the Nam June Paik Art Center staged amidst the pandemic in 2021, looks into tactical practices of artists whose moves could evolve into resistance against capitalist privatization, and into coexistence with alienated or excluded others. For its work Streaming/Cutting, Bad New Days—a collective of five artists—borrows the format of “trucking v-log” and combines it with its own trucking occasions, pre-recorded and live-streamed, on the same routes that the cargo worker’s union went through for a strike on its major days of struggle. In this talk, I would argue that if the museum is trying to assemble performative undertakings like the works of these artists, this could bring it closer to the commons.