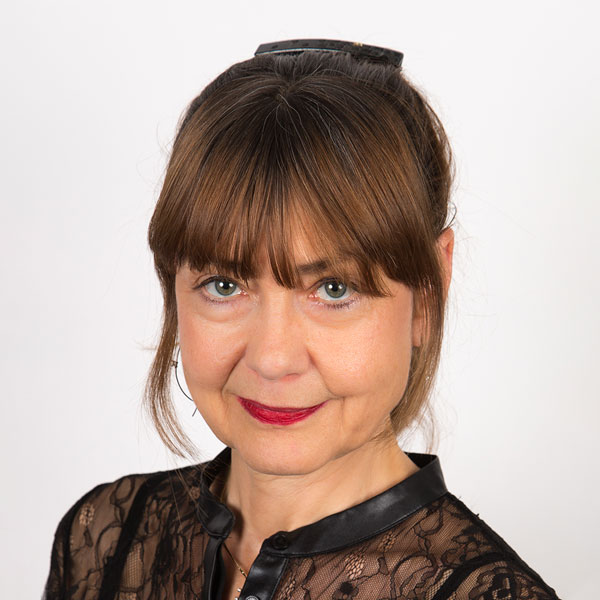 Christiane Paul is Adjunct Curator of Digital Art at the Whitney Museum of American Art, Chief Curator/ Director of the Sheila C. Johnson Design Center at Parsons School of Design, and Professor of Media Studies in the School of Media Studies at The New School, New York. She is the recipient of the Thoma Foundation’s Arts Writing Award in Digital Art (2016), and has written extensively about new media histories and practices. Her books have been published worldwide and include A Companion to Digital Art (2016), Digital Art (2003, 2008, 2015), Context Providers – Conditions of Meaning in Media Arts (2011, Chinese edition 2012), and New Media in the White Cube and Beyond (2008). Throughout her time at the Whitney Museum, she has curated exhibitions such as Programmed: Rules, Codes, and Choreographies in Art 1965-2018 (2018-19), Cory Arcangel: Pro Tools (2011), and Profiling (2007). She is also responsible for artport, the Whitney Museum’s portal to Internet art and online gallery for new media commissions. Alongside her roles at the Whitney Museum, Parsons School and The New School, Paul has curated the following projects: The Question of Intelligence at Kellen Gallery, The New School, New York (2020), Little Sister (is watching you, too) at Pratt Manhattan Gallery, New York (2015), and What Lies Beneath at Borusan Contemporary, Istanbul (2015), INDAF Digital Art Festival in Incheon, Korea (2009), and Scalable Relations at Beall Center for Art and Technology, Irvine, CA (2008-09).

Becoming Hybrid—The State of the Art in Mixed Realities

Hybridity as a cultural phenomenon has existed for centuries and has always been part of museum culture. The developments in digital technologies over the past decades, however, have added a layer of hybridity by redrawing the physical demarcation lines of the museum, expanding it into digital space, and making it a site of virtual experiences. As the pandemic prompted the art world to move most of its programming online in 2020, the boundaries of museum experiences—from exhibitions to tours and panel discussions—as well as curatorial practice became even more malleable. The talk will outline how different areas of museum experience have been technologized and how digital art has been reshaping concepts of the exhibition, acquisition, and collection, thereby creating a mixed reality for the existence of art. Part of this mixed reality is the increasing categorical instability of the “online exhibition,” which exists in multiple constellations of relationships between physical and virtual space, and questions traditional notions of an exhibition as an imposition of order on objects brought into a particular space and specific set of relations with one another. These hybrid states will be considered in the larger context of art’s cultural and sociopolitical functions in society.