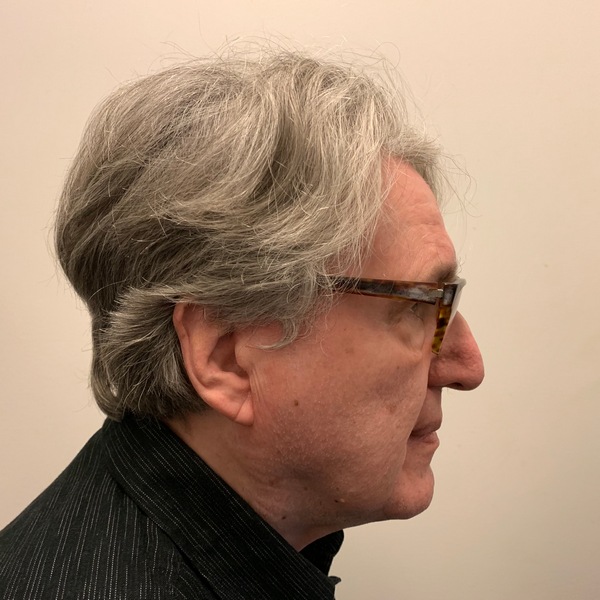 Boris Groys is a philosopher, essayist, art critic, media theorist and an internationally renowned expert on the Russian avant-garde and Soviet-era art and literature. His work engages radically different traditions from French poststructuralism to modern Russian philosophy, yet it is firmly situated at the juncture of aesthetics and politics. Theoretically, he is influenced by Jacques Derrida, Jean Baudrillard, Gilles Deleuze, Walter Benjamin and other modern and postmodern philosophers and theoreticians. Groys is a Global Distinguished Professor of Russian and Slavic Studies at New York University, Professor of Philosophy at The European Graduate School, and a Senior Research Fellow at the Staatliche Hochschule für Gestaltung Karlsruhe where he was previously Professor of Art History, Philosophy, and Media Theory.

He is also a senior Fellow at the International Center for Cultural Studies and Media Theory at Bauhaus Universität, Weimar, and is a member of the Association Internationale des Critiques d’Art. He has been a senior scholar at the Courtauld Institute of Art, London, and a fellow at the International Research Center for Cultural Studies, Vienna, Harvard University Art Museum and the University of Pittsburg. In 2001, he was the Director of the Academy of Fine Arts Vienna, and from 2003 to 2004, he spearheaded the research program Post-Communist Condition, at the Federal Cultural Foundation of Germany. His forthcoming book, Logic of the Collection, will be published later this year.

Followership vs. Spectatorship: The Difference Between the Regimes of Functioning of Digital and Traditional Images.

The decisive difference between a digital image and a traditional image is this: every digital image has an address whereas only few traditional images have the addresses (in museums, private collections etc.). This means that the digital image is always inscribed into its context. If an image or its fragments are taken out of the context this operation can be re-traced to its origin. In other words, the digital image never loses its context, or—to use Benjamin’s term—its aura. It is also not accidental that—in the framework of museum exhibitions—digital images are always shown as parts of an installation that reconstructs their contexts. Thus, the digitalization is a re-contextualization of the image that was de-contextualized in the period of Modernity. And that means also that the emergence of the image in a certain context becomes the central event. One follows the chain of these emergences rather than contemplating the individual images.