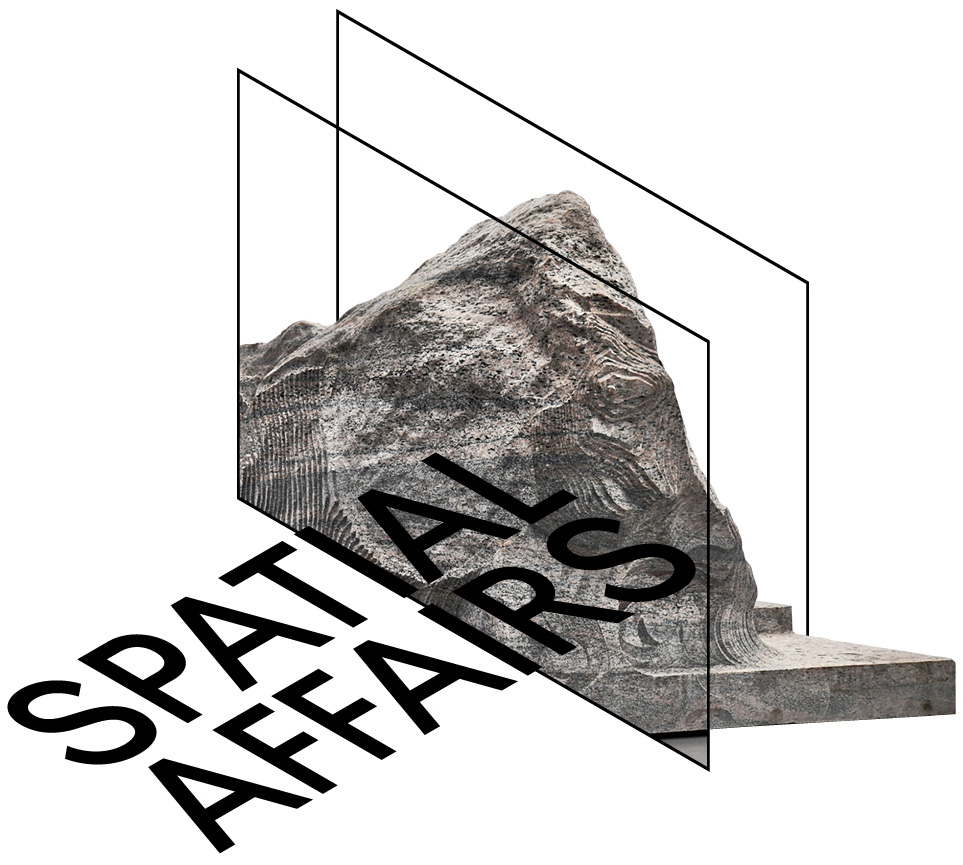 Computer-generated simulations, virtual realities, networked digital platforms – from cyberspace to metaverse – are no longer fictitious locations found in science-fiction literature. Their significance and role is almost on a par with real spaces. Information technology has given rise to immaterial spheres that have become legitimate, parallel dimensions of our perception, experience, knowledge, communication and ourselves, where the real and the virtual are no longer antithetical opposites. For this reason, we must re-examine our three-dimensional conception of space.

The goal of the Spatial Affairs exhibition is to analyse the relationship and mutual dependence of physical and digital presence through works of conceptual and contemporary art as well as manifestos. The presented positions from before and after the emergence of computer technology share a common trait regardless of their medium: they all examine the development and social impact of science and technology through the notion of space, thereby pointing out the co-dependency between the tangible real and the intangible digital.

The Spatial Affairs exhibition endeavours to reassess certain widely accepted but not necessarily valid ideas regarding space. Instead of exploring the differences between the conceptions of space in any type of transcendental idealism and materialism, the following question is posed: do computer technology and computer-generated spaces influence our conventional knowledge of space, and if yes, how?

As early as the seventies, the pioneers of computer art had already demonstrated that the computer was capable of creating and representing artificial spaces – take the works of Hiroshi Kawano and Georg Nees, for instance. Supplanting early descriptive practices, the focus of contemporary artists has shifted from formalism towards critical approaches: made in 2016, Information Skies, a piece of digital video art by the Metahaven collective visualises the ubiquity of networked social spaces and the epistemological complications they generate, as well as the condition arising in the wake of fake news.

The impact of information technology and science on the notion of space and visual arts had inspired many authors to write manifestos and create new types of artworks way before the spread of computers. Key examples include the 1936 Dimensionist Manifesto by Károly Tamkó Sirató, or Lucio Fontana’s environments from the forties and fifties.

The representation of space, which is inherently invisible, is a complex task, whether approached as absolute, relative, real or virtual space. Spatial Affairs exposes modernist conceptions of space and their non-modern reflections – as such, it necessarily explores the possibilities offered by information technology.

Spatial Affairs. Worlding is the online extension of the Spatial Affairs exhibition, designed by The Rodina. In this multi-user environment, figures representing works of net.art and browser-based digital art move around the virtual space mingling with visitors represented by avatars. The online environment was inspired by the theory Konrad Zuse expounded in Calculating Space (Rechnender Raum, 1969), which describes the universe as a space inhabited by living and evolving automata, more precisely, as self-reproducing and self-reprogramming cellular automata. Boundaries between digital objects and active subjects dissolve for good in such a virtual world. The online environment designed for Spatial Affairs. Worlding is one possible answer proposed by The Rodina to the questions posed by the curators: How can the content of an online exhibition by developed into a spatial and adaptive experience? What if artworks are represented by avatars? What if the exhibition becomes an ecosystem and, to use Zuse’s phrase, generates a “computing cosmos”?

The exhibition, both physical and digital, is documented by a catalogue that contains the reproductions of exhibited artworks as well as essays by theoreticians and selected manifestos, supplemented by additional content via Transbooking Augmented Reality.